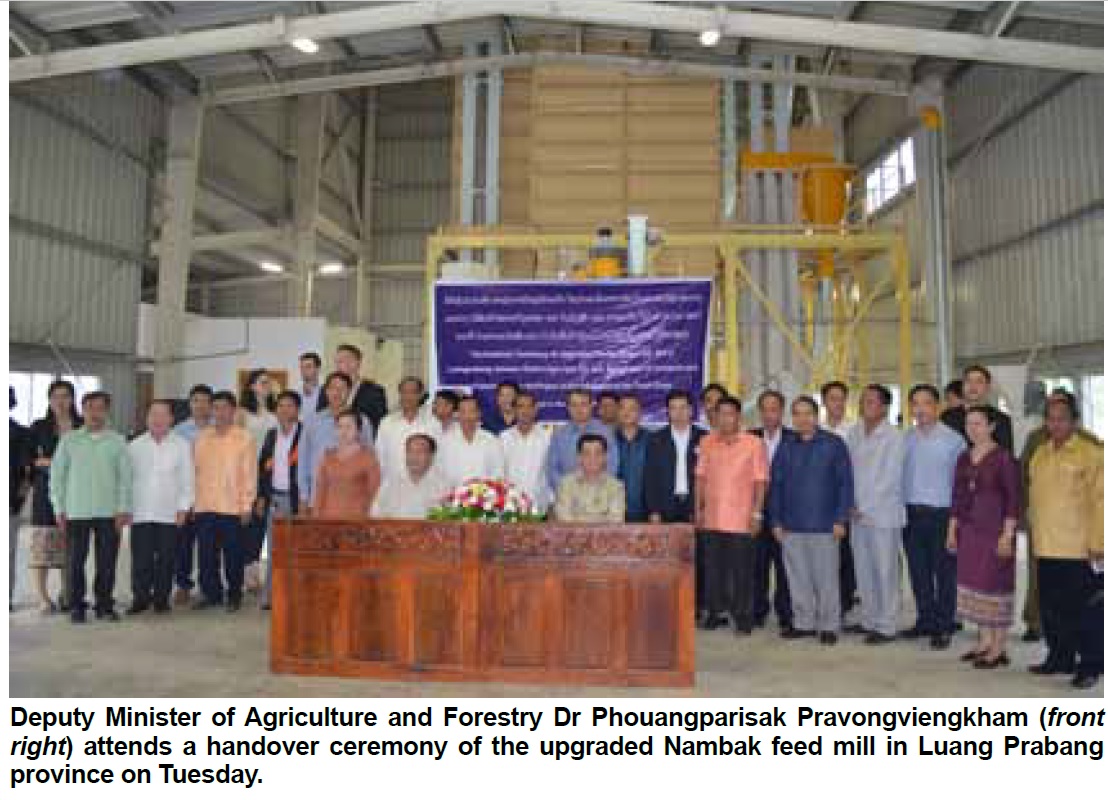 The ceremony was at tended by Deputy Minister of Agriculture and Forestry Dr Phouangparisak Pravongviengkham, representatives of Vitafort Agro Asia Zrt. and local authorities. The upgrade of the feed mill is one of several cooper a t ion project s between the Lao and Hungarian governments, with the aim of developing a food chain safety system in Laos. The project began in 2016 and cost over 249 billion kip (US$30 million), funded by a soft loan from the Hungarian government. The project promotes the production of animals and fish on a commercial scale, and helps to improve the lives of people in the northern provinces by alleviating their poverty. As part of the project, regulations governing food chain safety in all provinces will be strengthened. Analysis in labs at the central level and regionally will be improved, along with analysis stations at international border crossings, so that imported products can be examined. The project upgrade will help to build and improve animal and fish farms in Vientiane, Luang Prabang and Champassak provinces. The main purpose of the project is to develop the raising of livestock and fish on a commercial scale and build a more effective food chain safety system. Dr Phouangparisak said the project would help to provide income and work for people in the northern provinces. The initiative also enhances cooperation between the Lao and Hungarian governments as they and the Lao-Hungarian Friendship Association celebrate the 55th anniversary of diplomatic relations between Laos and Hungary at the end of this year.