Despite being landlocked, Lao PDR has the highest per capita water supply in Asia. Photo: UNDP LaoPDR

Lao People’s Democratic Republic is a landlinked country bordering Myanmar, Cambodia, China, Thailand, and Vietnam. Despite being landlocked, Lao PDR has the highest per capita water supply in Asia.  About 6.5 million people live in its 18 provinces, with most people – 63 percent – still living in rural areas. However, urbanization is occurring at a rate of 4.9 percent each year. The country is largely mountainous, with the most fertile land found along the Mekong plains. The river flows from north to south, forming the border with Thailand for more than 60 percent of its length.

Despite still being a least developed country (LDC), Lao PDR has made significant progress in poverty alleviation over the past 2 decades with poverty rates declining from 46% in 1992 to 23% in 2015. The country is on course to achieve the Millennium Development Goal target of halving poverty by the end of 2015, however the challenge now is to ensure that all Lao people benefit in the country’s development.

Laos foreign policy is characterized by the pursuit of balanced relations with influential operators in the region. The accession to the ASEAN in 1997 was a milestone in the country’s external relations and in 2016 it will hold the incoming Presidency of the Southeast Asian regional organization again.

The Lao People’s Democratic Republic was established in December 1975, succeeding the Kingdom of Laos. This followed decades of civil war between the Royal Lao Government and the communist Pathet Lao, as well as involvement in the 2nd Indochina conflict. With the defeat of the royalists, the monarchy was abolished and the communist Lao People’s Revolutionary Party (LPRP) instituted a one-party State. The Constitution of Lao PDR was adopted in 1991. Within the one-party system of the Lao People’s Revolutionary Party (LNFP) pursues a pragmatic policy: it seeks to strengthen the social acceptance by having made concessions for the private sector, raising the standard of living and increasing the role of parliament. Thongsing Thammavong has been the Prime Minister since 2010.

Laos has been moving through careful and gradual opening up of economic and political reforms since the mid-1980s, ratifying six out of the nine core human rights treaties, creating a more conducive legal environment for civil society, and actively pursuing regional and global integration. Lao PDR joined the Association of South East Asian Nations (ASEAN) in 1997 (already mentioned above), the World Trade Organization (WTO) in 2013 and the ASEAN Economic Community (AEC) in 2015. Many elements of the foundations of a market economy have been built, the privatization of state enterprises has been started. The country’s domestic political situation is stable, there is no organized political opposition.

The 9th Congress of Lao People’s Revolutionary Party was a decisive event held in March 2011, which confirmed the position of the 75-year-old Choummaly Sayasone Party General Secretary-President and determined the main objectives for the period of 2011-2015.: the fulfillment of the Millennium Development Goals, the eradication of illiteracy, increase in rice production and tourism revenues.

The country, which is not yet integrated into the world economy, has been less affected by the financial and economic crisis, 7-8% per year of GDP growth can be expected in the coming years (behind China, it is the second fastest growing GDP in the region). Due to the reform process the Lao leadership has succeeded in economic development and improving the standard of living which made the objective realistic to make Laos get out of its category (LDCs – Least developed countries) by 2020. The reality of goals bases on the electricity generation which provides for sustained export earnings to Laos in longer terms, large-scale hydroelectric power plant construction investment and priority development of agriculture which still plays a major role in the country’s economy.

The main development challenge is ensuring that the benefits from high economic growth, averaging more than 7 percent for the past five years, are evenly distributed and translated into inclusive and sustainable human development. Widening gaps between rich and poor, women and men, ethnic groups, and residents of different regions of the country need to be addressed if Lao PDR is to achieve all the MDGs by the end of 2015. 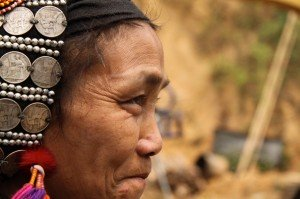 In Lao PDR, the significant gains made in economic growth and social sectors over the recent years have paved the way for continual improvement in human development in the country. Between 1985 and 2012, substantial progress has been made in the main Human Development Index indicators: life expectancy increased by 19 years, mean years of schooling increased by 2.5 years and Gross National Income (GNI) per capita increased by 310 percent

The Lao People’s Democratic Republic treats Hungary as a friendly country, the Lao-Hungarian relations is a model for the development of Central and Eastern European relations.
The Hungarian-Lao bilateral trade has been insignificant, tended to be potential, small-scale individual transactions were confined until recently.
In 2009 Hungary signed $ 8.6 million tied aid credit loan agreement with the Lao party. The source envisaged the modernization and expansion of experimental fish-, pig-, and poultry farms and also the establishment of animal feed factories and a slaughter house, with minimum 51 % of goods and services being purchased from Hungary. The entire project was completed in April 2011.

In 2010 Hungarian export value increased to approximately US $ 4.9 million due to the tied aid loan project of 2009.

The present and development perspectives of Lao-Hungarian relations in the agricultural sector is the most significant, especially in the areas of aquaculture, animal farming and feed producing.

Lao students’ tertiary education in Hungary was dominant in the Hungarian-Lao relations. Between 1975 and 1990 about 200 young obtained degrees in our country, including a significant number of students graduated from agricultural higher education institutions. Having regard to the very positive experience of education cooperation the Hungarian Government offered 15 scholarships a year to Laos for higher education and vocational training between 2014-2016 under the ‘Stipendium Hungaricum’. In the academic year of 2014/2015 eleven Lao students began their studies in our higher education institutions.
In the maintenance of Hungarian-Lao relations the Hungarian Lao Friendship Association is actively involved in mainly with cultural activities. During the period 2015-2017 Laos is priority partner country of the Hungarian International Development Cooperation -activity.